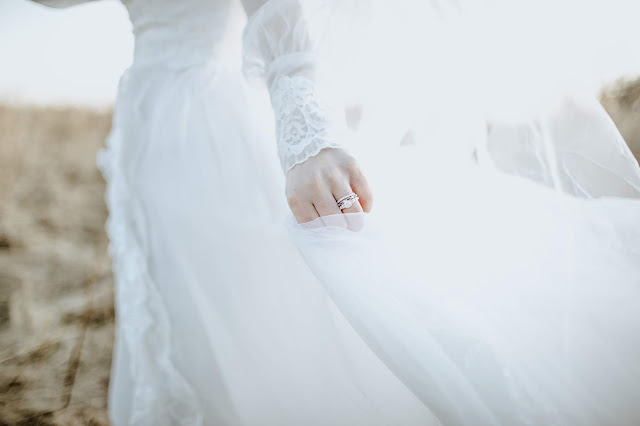 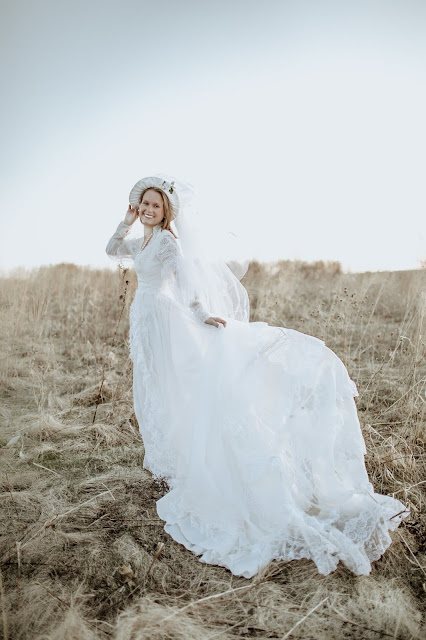 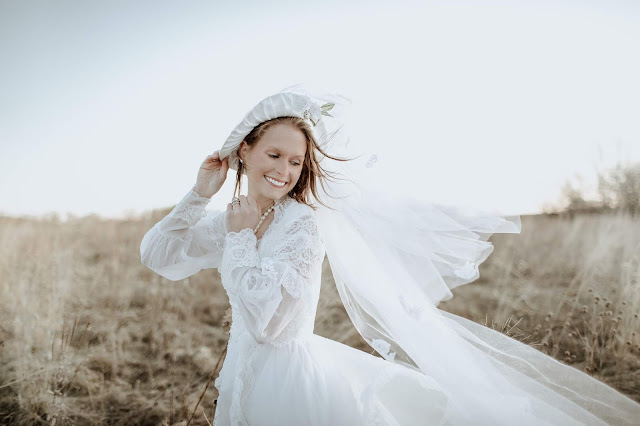 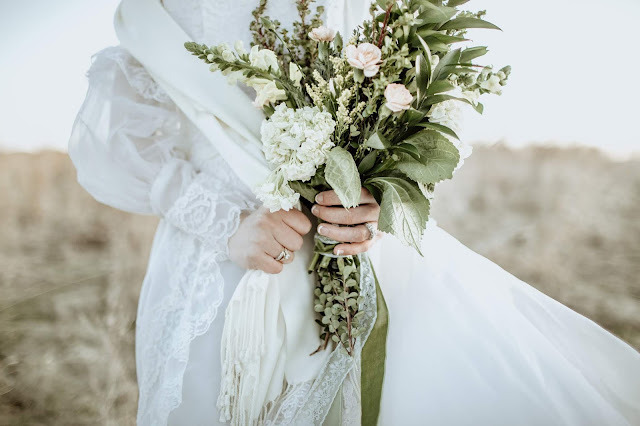 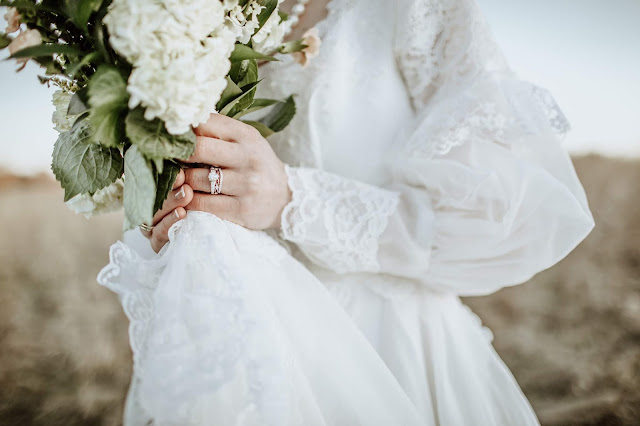 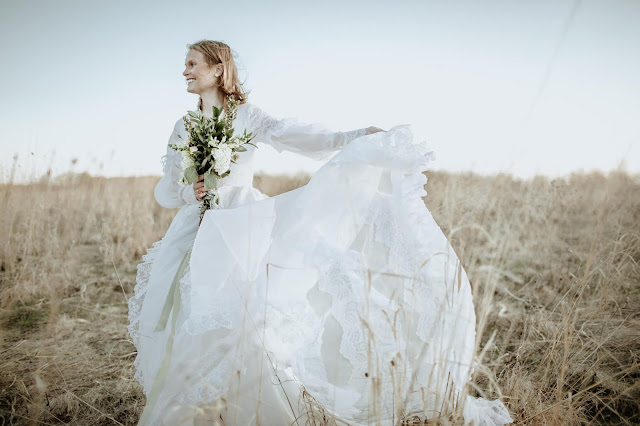 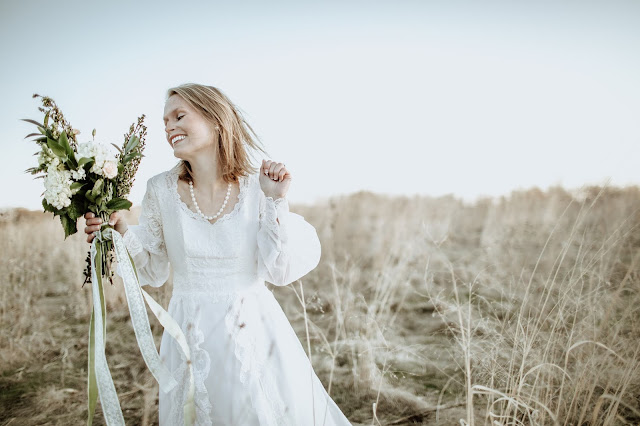 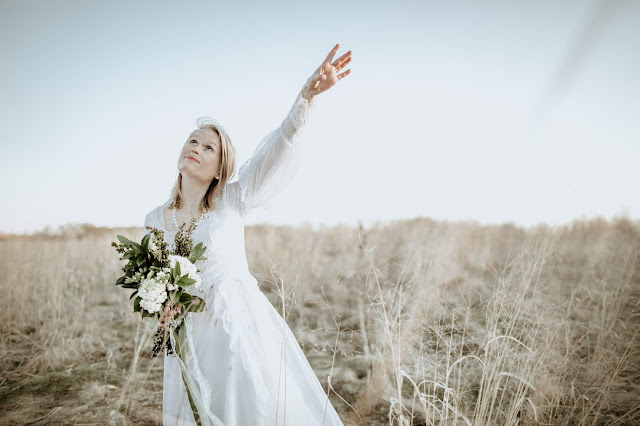 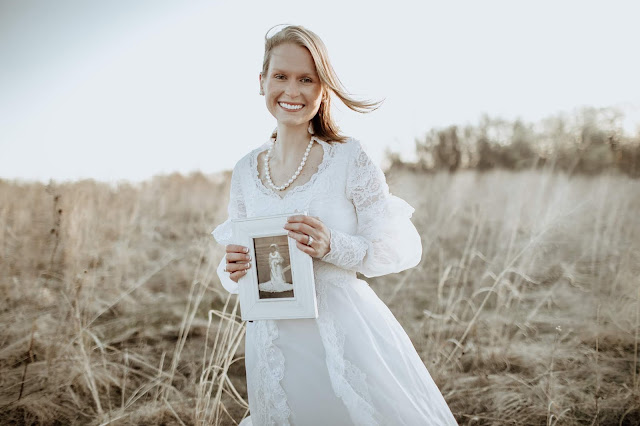 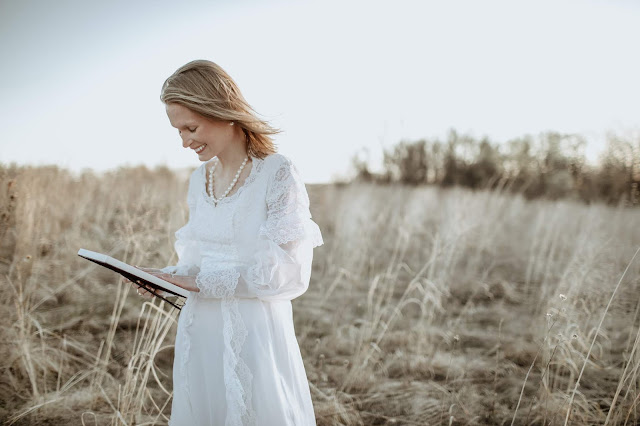 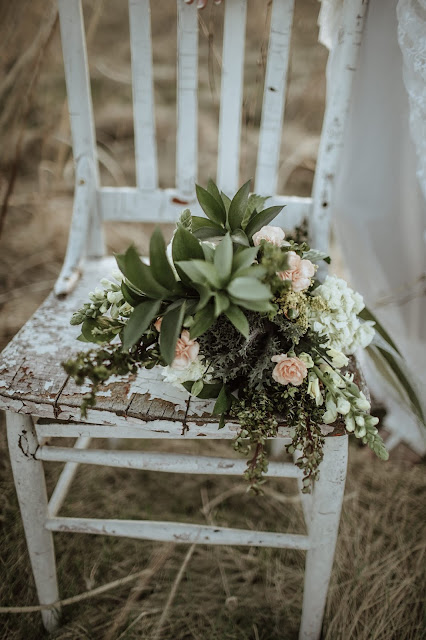 This photo shoot is so special to me for so many reasons, so where to start! First, I have known Nicole for awhile now after we were in a wedding together of my cousin it was instant friendship! This girl has moved mountains, has thee best attitude of anyone I know and brings light where ever she goes.

A few months ago she reached out and asked if we could do a photoshoot of her in her moms wedding dress! A "heck yes" was my answer for that! We tossed around some ideas and then landed on a sunrise shoot! I have never done a styled shoot like this before, especially all the emotion that came with it and have never done a sunrise shoot either, a win win! Nicole's mom does not have any professional photos of herself in her dress on her wedding day so Nicole had the great idea to bring this shoot to life!

I had help in creating a bouquet from Trader Joe's and an old chair I brought from home. She also wore her mothers ring too along with her own ring in all the photos. Nicole also brought a framed photo of her mom in her dress as well that we used too!

What is so great about the memories that were captured you would never how chilly it was that morning at 5:30am and the wind that came with it! Nicole had one of her besties come along too that played some pump jams to keep us warm along the way! Nicole made a scrapbook for her mom for mother's day of our shoot, I can only imagine the emotion that came along with those moments. What an honor to be apart of something so special.

XOXO
Johanna
Posted by With Grace + Bliss at 5:54 PM

Hi, my name is Johanna Grace and I am a twenty-something and midwest living. I have a huge passion for thrifting + photography. Welcome to my blog, I am so excited to share my story + adventures with you!